BLOGCAREERSCOMPANYCONTACTFAQRENTALSQUOTESCHEDULETRANSFER
Login
May 19, 2022
By: Robotic Imaging

Robotic Imaging in 2021 recently completed a massive scan-to-BIM project of the Yonkers Power Plant, in Yonkers, NY. Built from 1904 to 1906, the Plant was tasked with electrifying the rail lines. Electric rails were considerably safer, as dangerous environments were created as the steam engines’ smoke and smog filled the air of cities. The power station’s smoke stacks became an icon along the Hudson. Today, the power station remains unprotected as a local landmark and its protection legislation has been pending since the Spring of 2005. But, before we get into the present day, let’s take a look at the building’s history.

The power station was built in conjunction with the Grand Central Terminal. For 30 years straight, post building completion, the plant electrified and serviced the rail lines. However, by 1936 it became more cost-effective for the company to purchase its electricity. Therefore, Con Edison took over the plant’s generating and hosting power and electrified the surrounding county. In 1968, new, more efficient technologies emerged to generate electricity. Therefore, the station and its outdated turbines were quickly abandoned. In 1970, the building was sold to a private party and has sat idle and vacant ever since.

Rust consumed the factory ever since. With broken steel, toppling bricks, ceiling dips, and viscous mud underneath, it’s safe to say that this piece of architecture has been long neglected. Majority of the heavy, dated machinery, like the turbines and boilers, was removed, leaving only the bones of the building. In 2008, the plant was even dubbed the “Gates of Hell,” as the abandoned building was site of brutal gang initiations and a site for other deviant crimes by Jim Bostic. But, no substantial evidence was found and these widely publicized allegations eventually died down. But now the question: what should happen to the building?

Suggested reading: If you want to learn more about saving historic buildings, check out this article.

Naturally, demolishing the historic building would not really impact the neighborhood or lower crime rates. If anything, given its long planted foundation, people would be more upset to see the smoke stacks no longer in the skyline. Unfortunately, landmarking efforts consistently failed for the building, as appeals have been submitted since 2005.

This building might live another life. The city of Yonkers has since proposed more than 2 billion dollars worth of redevelopment projects. The future of the Plant now appears to be hopeful! This redevelopment project consists of 157,000 square feet of spaces for co-working, gathering, workshops, public art galleries, and so on. Previous power plants have been turned into retail commercial complexes. For instance, Bankside Power Station was turned into Tate Modern! The possibilities to reuse this space, and maintain the iconic smoke stack skyline seem endless.

In 2012, the site was sold and the new owners cleared its green overgrowth. This is probably the first sign of planned work on the station since it was abandoned. After a few more years of planning and negotiating, the prospect of the building living another life seems feasible. Robotic Imaging was called to conduct LiDAR and Matterport scans of the site. This point cloud information was later used as an underlay in AutoDesk Revit and a full, 3D as-built Revit Model was constructed. It is with Robotic Imaging's intervention and services that enable the designers and leaders of the project to save time and spend their energy preserving such a historic structure. With a comprehensive as-built model, certain components of the building that require more attention and better preservation detail can be determined, due to such a high quality model. To view and interact with the final model, click here. 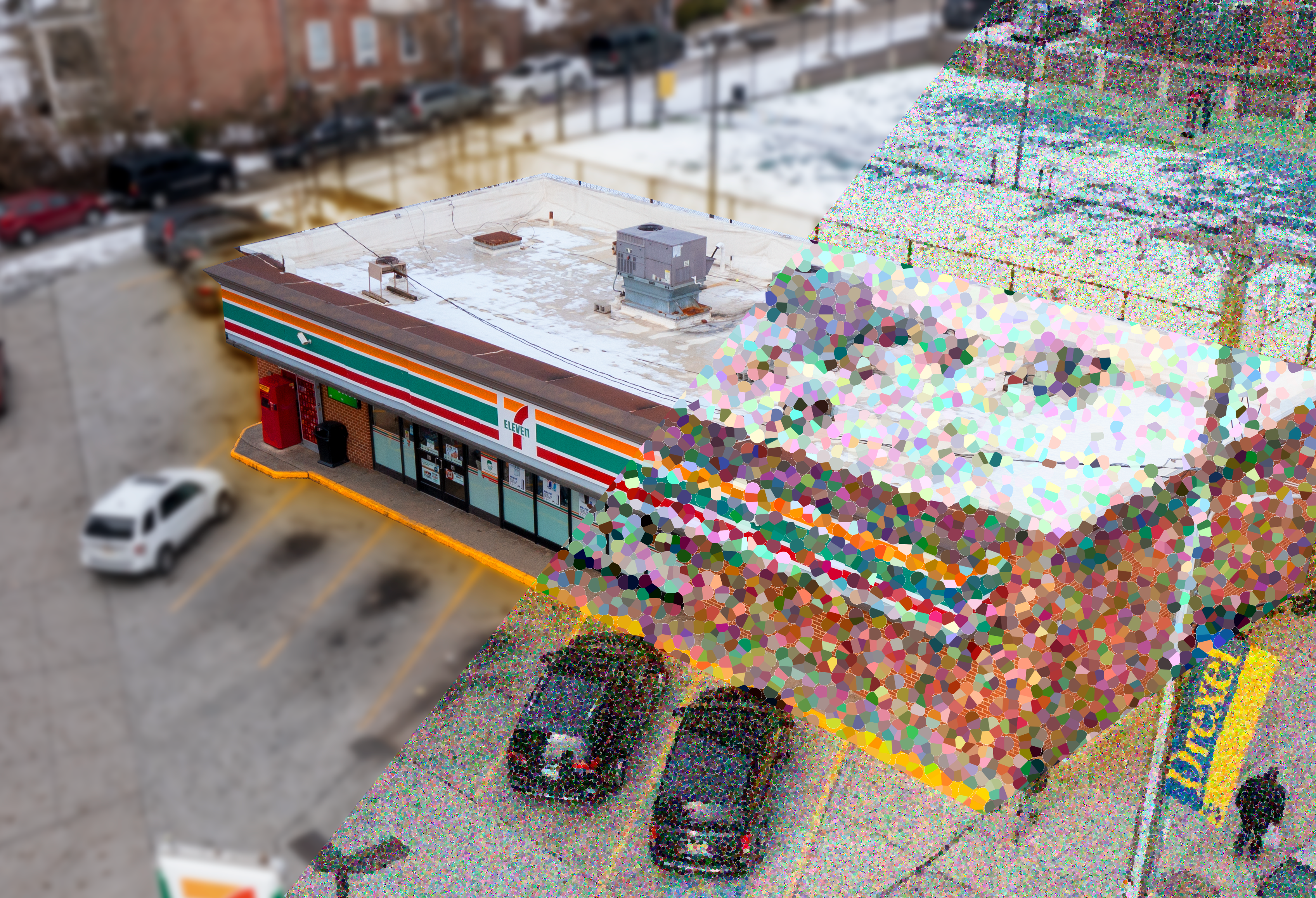 Previous Post
Next Post
Looking for a quote? Please provide some basic info about your project, and we'll get back to you ASAP.